In this brand new version of Brick Breaker, players will enjoy the classical arcade atmosphere with a game entirely designed for next-gen consoles. This timeless gameplay now comes back with more than 25 bonuses to collect and several explosive game modes, including multiplayer with up to 4 friends! 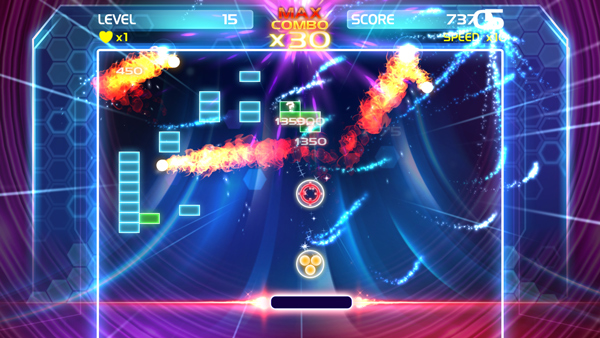 Brick Breaker offers hours of fun and entertainment in a colourful and explosive universe to explore alone or with friends. Speed and good aim will be your best weapons to master this crazy game!

*Solo Modes – Aim, shoot and destroy all the bricks to break the record!

*Multiplayer Modes (local) – Play against your friends with up to 4 players on a split screen.