Bigben today announced its partnership with Thrustmaster®, designer and manufacturer of hardware and gaming accessories, for the development of WRC 6, set to be released this October for PlayStation®4, Xbox One, and PC/Steam.

Thrustmaster, a well-known specialist of gaming accessories dedicated to racing games, offers a wide range of driving set-ups acclaimed by gamers for a complete immersion. This collaboration will allow WRC 6 to include entire compatibility with the wheels and pedals made by Thrustmaster.

« Being able to share with Thrustmaster on WRC 6 development is a great opportunity for us. »  says Alain Jarniou, Game Director at Kylotonn Racing Games. « We could not wish for a better associate than Thrustmaster to assure our community that compatibility issues encountered with WRC 5 will not happen again. Thrustmaster’s range of gaming wheels now will be completely integrated and optimized for this next opus of the franchise. » concludes Alain Jarniou. 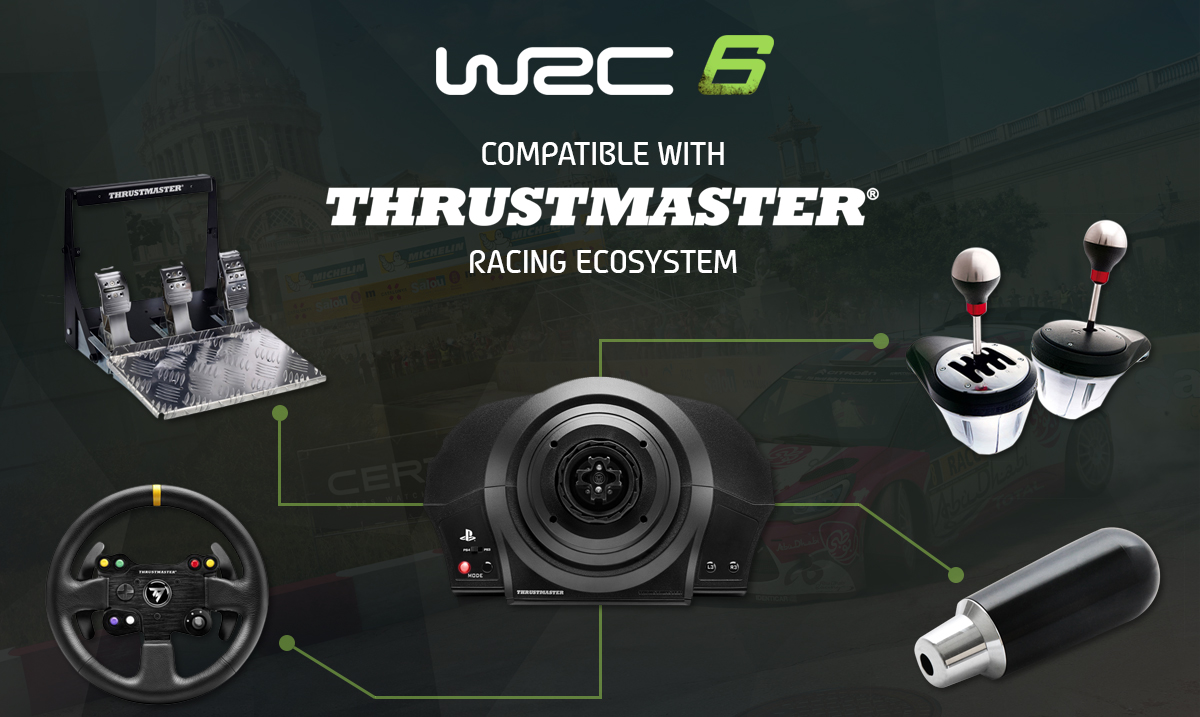 « Joining Kylotonn’s team allows us to offer the best of WRC 6 to our gamers, who will be able to enjoy every special stage and practice in the best conditions to try to win them all. This partnership turned out to be very effective and concrete. » says Gille Raulet, Head of Development at Thrustmaster. « Both crews are sharing the same goal: to provide the most realistic driving experiences for gamers. We seek to develop specific products for each type of race and to include these in the whole set-up, and that is why we are always pleased to give a hand when it comes to optimizing compatibility. That is what we already did with the new WRC Gaming House. »

Bigben and Thrustmaster started their rally tour with the brand new WRC Gaming House at Neste Rally Finland at the end of July, meeting the public and offering them exclusive hands-on sessions of WRC 6. Equipped with a cutting edge Thrustmaster set-up, the WRC Gaming House will be present on several more rallies during the FIA World Rally Championship season, and at most of the gaming events to come.

WRC 6 will be available this October for PlayStation®4, Xbox One, and PC/Steam